Enter your number to get our free mobile app

The county was a longtime Republican stronghold until recent years.

The results from Tuesday’s election showed voters overwhelmingly supported Democratic candidates, starting at the top of the ticket. Numbers from the state elections office show Olmsted County voters favored Joe Biden over Pres. Trump by a margin of just under 10,000 votes (49,397 - 39,618). Trump collected 35,668 votes in the county in the 2016 election.

Rapper Kanye West was on the Minnesota ballot as a Republican Presidential candidate. He received a total of 7748 votes, good enough for 5th place. He collected 186 votes in Olmsted County.

Other Olmsted County results:
(these results are unofficial; they will be certified at a later date)

Some apparent computer issues were causing reporting problems in Mower County. Officials blamed the issues on a software glitch and were working to resolve the problem Wednesday morning. It was preventing them from reporting results to the Secretary of State’s office. 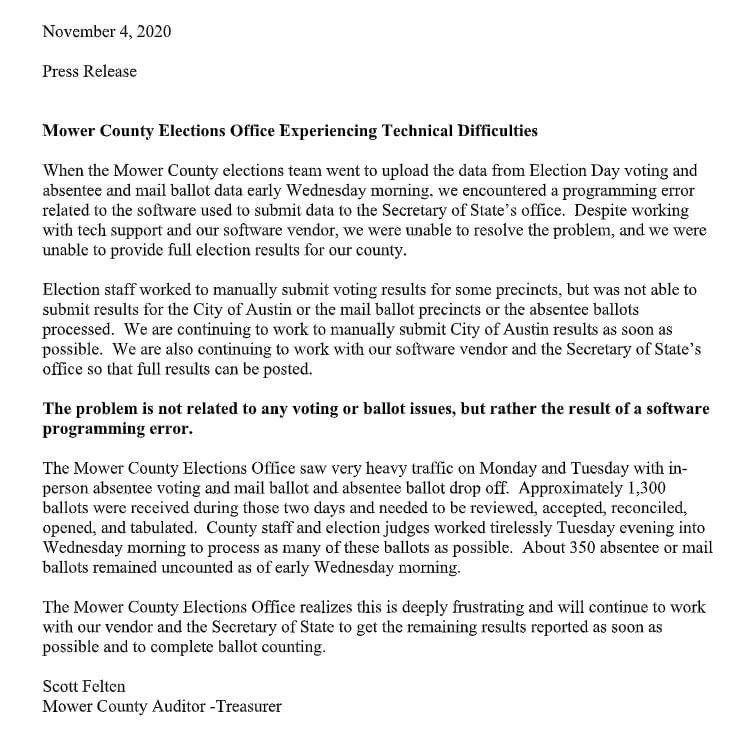